As Rejections of Ranking Mount, Colleges Have an Opportunity to Rise Above

In August 2022, Education Secretary Miguel Cardona disparaged the U.S. News & World Report rankings and some institutions’ “elitist” fixation on them. [1] Three months later, at least eleven of the top law schools in the country announced that they will no longer participate in the rankings. [2]

Higher Ed Rankings Only Tell a Piece of the Story

Speaking at a conference attended by dozens of leaders in higher education, Cardona denounced the ranking system, arguing that it distracts colleges and universities from fostering student success. He criticized U.S. News’ 17-part scoring system which uses standardized test scores, alumni donations, and peer assessment surveys as some of the most significant indicators of a school’s excellence. The latter category, for example, has a weight of 20% on the overall score; social mobility, on the other hand, makes up merely 5% of the ranking.

“Too often our best-resourced schools are chasing rankings that mean very little on measures that truly count: college completion, economic mobility, narrowing gaps to opportunity for all Americans,” said Cardona. “Stop conflating selectivity with excellence. We must stop correlating prestige with privilege.”

“The U.S. News rankings also discourage law schools from admitting and providing aid to students with enormous promise who may come from modest means. Today, 20% of a law school’s overall ranking is median LSAT/GRE scores and GPAs,” she wrote. “This heavily weighted metric imposes tremendous pressure on schools to overlook promising students, especially those who cannot afford expensive test preparation courses. It also pushes schools to use financial aid to recruit high-scoring students. As a result, millions of dollars of scholarship money now go to students with the highest scores, not the greatest need.” [3]

Yale was the first institution to drop out of the U.S. News rankings, despite scoring at the top of the list. Soon after Dean Gerken’s announcement, Harvard Law, number four, followed suit. [4] By the end of November, seven other prestigious law schools announced that they will no longer be participating in the U.S. News rankings – all were in the top fifteen.

Opponents of the higher ed ranking system argue that it penalizes law schools for building strong public service and social justice programs within their curriculum. Many schools with robust public service programs incentivize engaging in the public sector through fellowship programs or stipends after graduation. However, U.S. News does not count these students in their ‘employment after graduation’ metric. Therefore, law schools have directed most of their attention toward students pursuing careers in the private sector, leaving community jobs and career prospects unfulfilled.

So, what are we to make of all this? Though it is likely to remain a powerful voice, the hold that US News has over the public’s perception of a quality institution is slipping. Prospective students will begin to seek their guidance less from some arbitrary and biased ranking regime and more directly from the institutions themselves. This will give greater responsibility and greater opportunity to marketers in higher education to articulate their value proposition and echo it across their myriad channels. As the perceived value of rank as a “pride point” declines, it is imperative that they illustrate what matters most to students: the unique lived experience that the institution offers them. To convey this is both an art and a science, culminating in a thoughtfully-crafted storytelling approach that is both engaging and action-oriented.

As an agency, we advise institutions to consider these three recommendations:

1. Rise above the Ranks: ultimately, higher ed rankings only tell a small portion of a much more complex and comprehensive story. There is a mounting body of evidence that argues against arbitrary methodologies and a ‘pay to play’ baseline.

2. Focus on the emotive power of visual storytelling: Successful institutions leverage the power of storytelling to articulate and illustrate their value to prospective students. With thoughtful and strategic placement, quality visual and multimedia assets are capable of strong emotional appeals that invite others to see your mission and brand identity in a dynamic way. Expressing this experience across all channels strengthens the credibility and authenticity of your value proposition.

3. Think broadly, long-term, and collaboratively: The dissatisfaction with competitive rankings is a consequence incurred by all institutions, not only law schools. When it comes to competitive positioning, there is much more value in leaning into what sets your institution apart, and the powerful outcomes it truly achieves, as opposed to attempting to measure up against a set of far-less-meaningful metrics. The most successful academic institutions are best seen reflected in the light of the successes of other high-achieving peers. There is much more to gain from presenting unique examples of excellence rather than competing against others on the basis of arbitrary standards 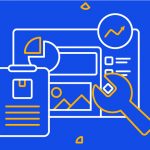 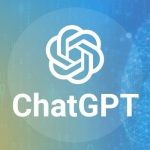 Whose Line is it Anyway? How Higher Ed Marketers can Utilize ChatGPT
Comments 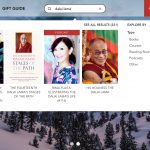